"Fight For You" [New Song Release]

If you are struggling with mental health right now, if you or someone you are caring for is burning out, confused, depressed, grieving, if you are feeling hopeless, frustrated, invisible, or numb—my song contains a message for you.

My song "Fight For You" is my last original release as we wrap up 2021. 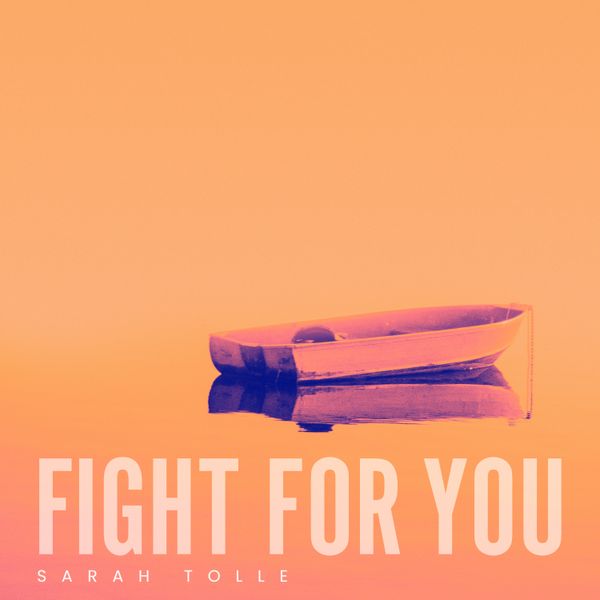 This is the album art for the single, designed by my brother.

“Fight For You” attempts to place solid ground beneath the feet of those who are suffering from mental health issues, offering stability, patience, and love. It expresses a point of view that is often overlooked and walks through the thought process of a caregiver as they observe and appeal to their loved one who is suffering from mental illness. The strong piano melody and meaningful lyrics carry you through a journey that surely every person can relate to.

How I Made "Fight For You"

I wrote this song when I was fooling around on the piano, and this sort of rolling, cascading musical phrase caught my ear. It became the phrase that the song opens with. Simply, "Youuuuu..."

I built the structure of the song without any lyrics, except for that sticky phrase, "Youuuu..." phase. I made a scratch recording and played it many times until lyrics started forming, based on the mood the song was creating. The phrase "Fight for you..." formed, and that became the main theme of the song.

Beyond that phrase, I still had no lyrics. I got stuck. So I sent a scratch recording with me singing nonsense words to the melody to my mom. I explained the feeling and vision for the song, and she listened to the scratch recording and sent back some stream-of-consciousness notes and ideas that it brought to mind for her. My mom's input on this song was very valuable. My mom brought a lot of poetic and honest depictions which became the basis for the lyrics I wrote.

As I wrote verses that incorporated my mom's ideas, the song began to clearly embody the plea of someone who is fighting for a loved one at a time when their loved one is not able to fight for themselves.

I was finally able to go into the studio to record a final version!

Overall, it probably took me about 2 months to take this song from start to finish. I probably worked on it for 20 hours total.

Where To Listen To The Song

It is important for us to have open, tolerant conversations about mental health. This song is a way for me to contribute to that conversation.

You can listen to the song on all major streaming platforms (Spotify, iTunes, Amazon Music, YouTube, etc).

To help other people discover the song, here's what you can do:

Thanks for listening and sharing!